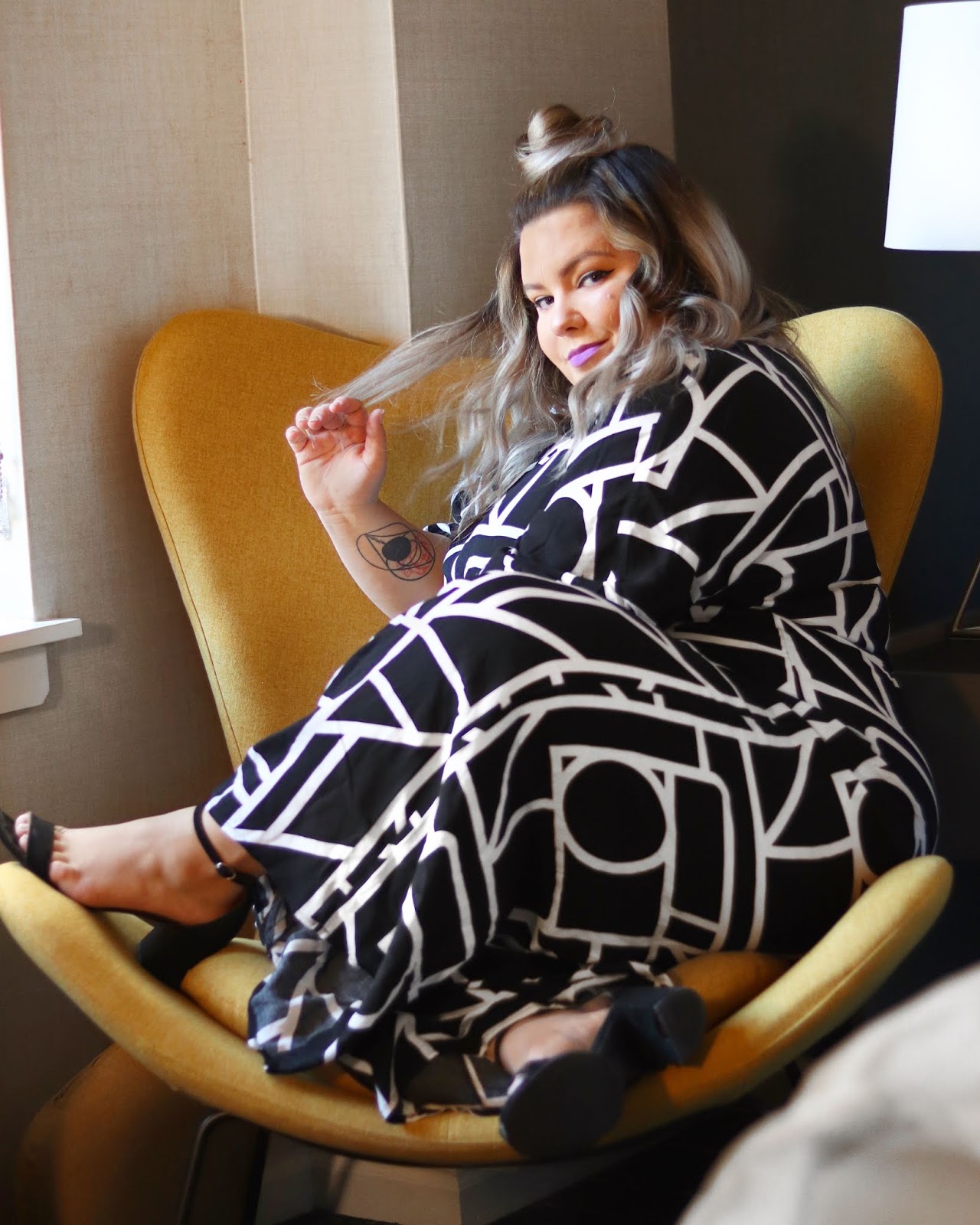 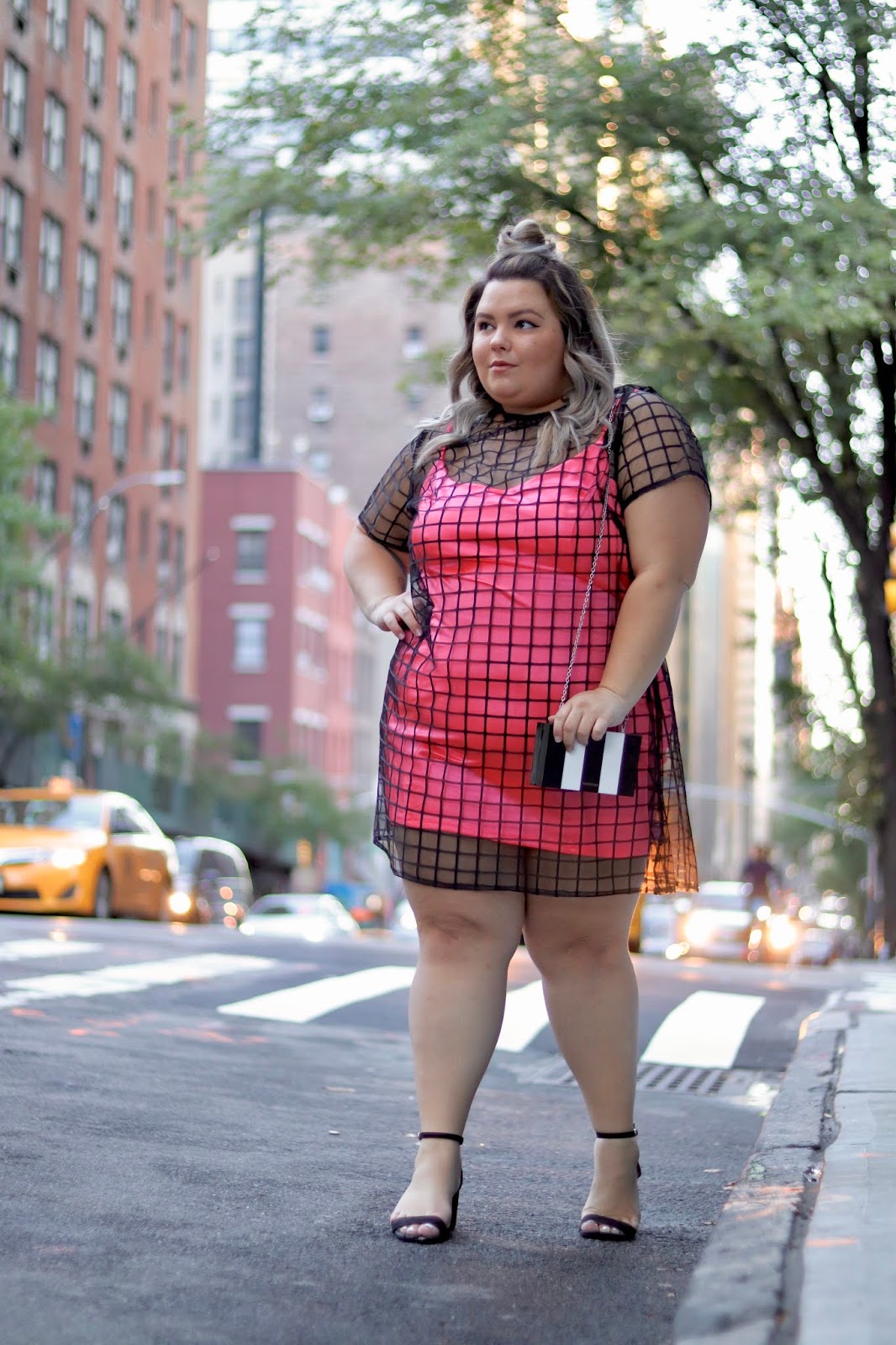 Attending New York Fashion Week has been a dream of mine ever since I could dress myself. Every year, I’d patiently watch NYFW unfold on social media while promising myself that I would be there “next year.” Well, this was finally my year! I had some shows that I wanted to attend on my schedule, but I ended up being so in love with the vibe and activities at theCURVYcon that I spent most of my time there. If you haven’t heard of theCURVYcon, it is basically the plus size version of NYFW where full-figured women (and men) gather to network, shop, and celebrate themselves. When theCURVYcon came onto the scene five years ago, I dreamt of going and being among a community of women that were just like me. Every time I attend a plus size-focused event, I feel so full and inspired…and theCURVYcon didn’t disappoint.

My trip to New York was very short just because I am traveling a lot this month, but I made the most of it! I had four looks, which were each pretty unique in their own way.

DAY ONE
When I was planning out my looks for theCURVYcon, this one was immediately my favorite. I bought this Sergio Tee Dress from Ashley Nell Tipton when I attended The Curvy Fashionista Style Expo and Conference in August. I was just going to pair it with a black mini dress, but I knew I had to turn it up a couple of notches for NYFW. I went with this So Smooth Satin Mini Dress in Neon Pink, and it looked amazing! It even caught the attention of Lydia Hudgens, one of the most prominent New York fashion photographers (IMO), and she photographed it for InStyle Magazine: The Plus-Size Women Who Are Ruling The Street Style Game This Fashion Week. I topped the look off with this adorable black and white striped acrylic clutch. I knew this bag would go with every single one of my planned looks, but would also bring some contrast to each look.
Black Dress: Sergio Tee Dress
Pink Dress: So Smooth Satin Mini Dress
Purse: black and white striped acrylic clutch

A post shared by NATALIE IN THE CITY (@natalieinthecity_)

NIGHT ONE
There was a cocktail party at Anthropologie to celebrate the company’s new A+ line. While I initially wanted to wear something that reflected the Anthropologie line, I was feeling really tired and wanted to go for a more laid back look. But of course, I didn’t want to sacrifice style. So I decided to pair this Super Thick T-shirt with these Maggi Cargo Pants from Universal Standard and some black heels. I stood out like a sore thumb as pretty much everyone wore flowy, whimsical dresses. But hey, isn’t that the point of NYFW….to stand out?

A post shared by NATALIE IN THE CITY (@natalieinthecity_)

DAY TWO
I was so worried about this ASOS DESIGN Curve Tie Waist Jumpsuit in Mono Geo Print being too simple for an event like theCURVYcon and NYFW, but I was so wrong. I ended up pairing this look with the boldest cat eye I have ever drawn, and I wore Pat McGrath’s Faux Paux lilac lipstick on my lips and under my eyes. As soon as I put this look on, I felt as confident as ever. I even got Urban Decay’s approval on my eyeliner via Instagram! It was truly a moment. 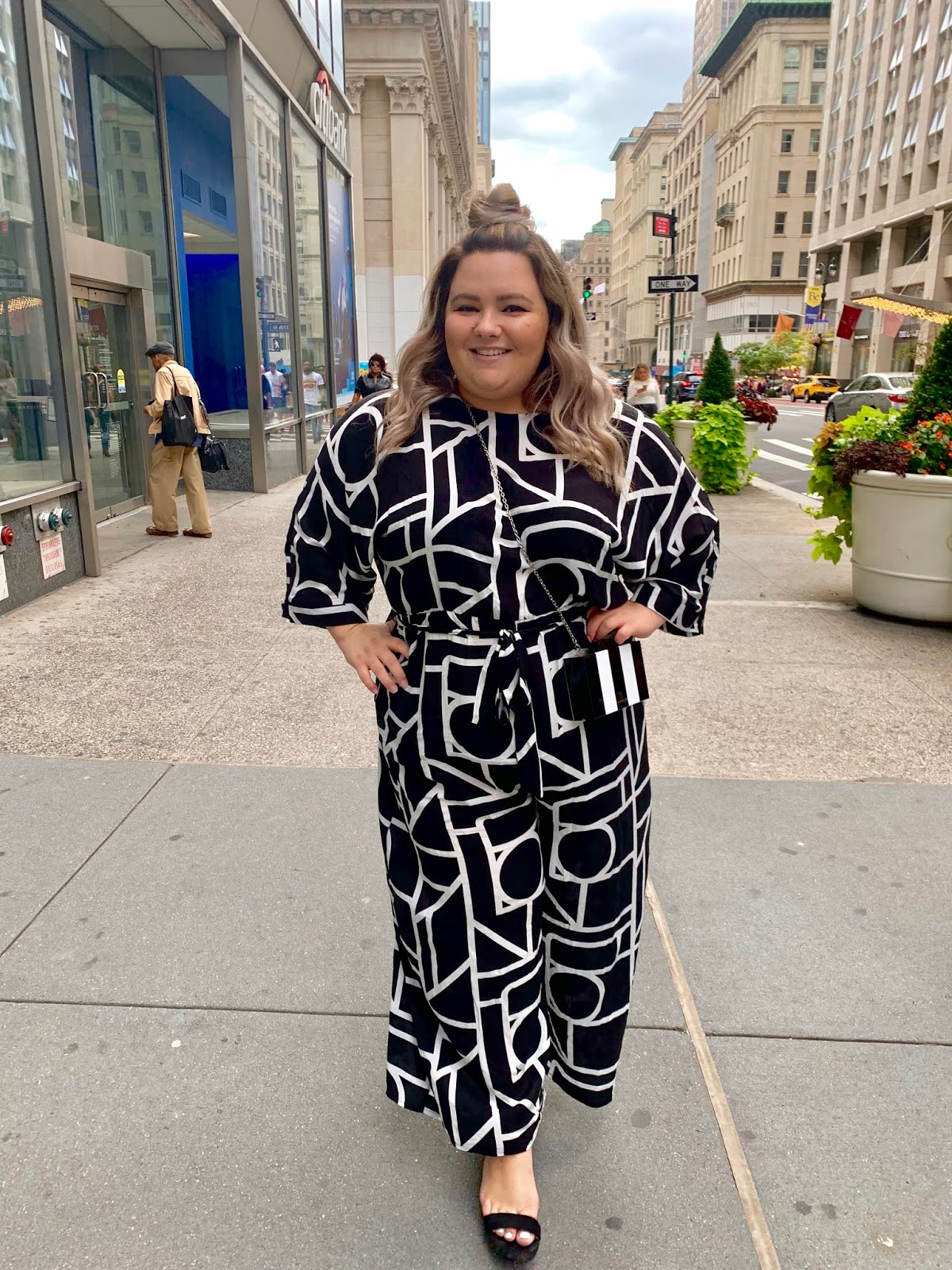 NIGHT TWO
Day two was the hardest when it came to outfit changes because I was living out of my small carry on bag, and I had to check out of my hotel at 10. I had to change into a dress for the homecoming-themed closing cocktail party, and then I had to change before I went to the airport later that night. It was chaos, but I made it work. My final look during theCURVYcon was this gorgeous Shine Like the Night Sequin Dress from Fashion Nova Curve. Because the party was homecoming-themed, a lot of the girls said they were going to wear actual formal dresses. I had a formal sequin dress packed in my carry on, but it ended up being too heavy so I replaced it with this bodycon last minute—and I am so glad I did! This dress felt more true to my style, and I felt amazing in it! Of course, like Cinderella at the ball, I had to rush off into my uber just before the party ended so I could make it to the airport to catch my flight. I planned on changing in the bathroom at the party, but there were long lines, and I didn’t feel like changing into sweatpants and being seen by everyone at the party….so I went to the airport like this. It was a thrill. 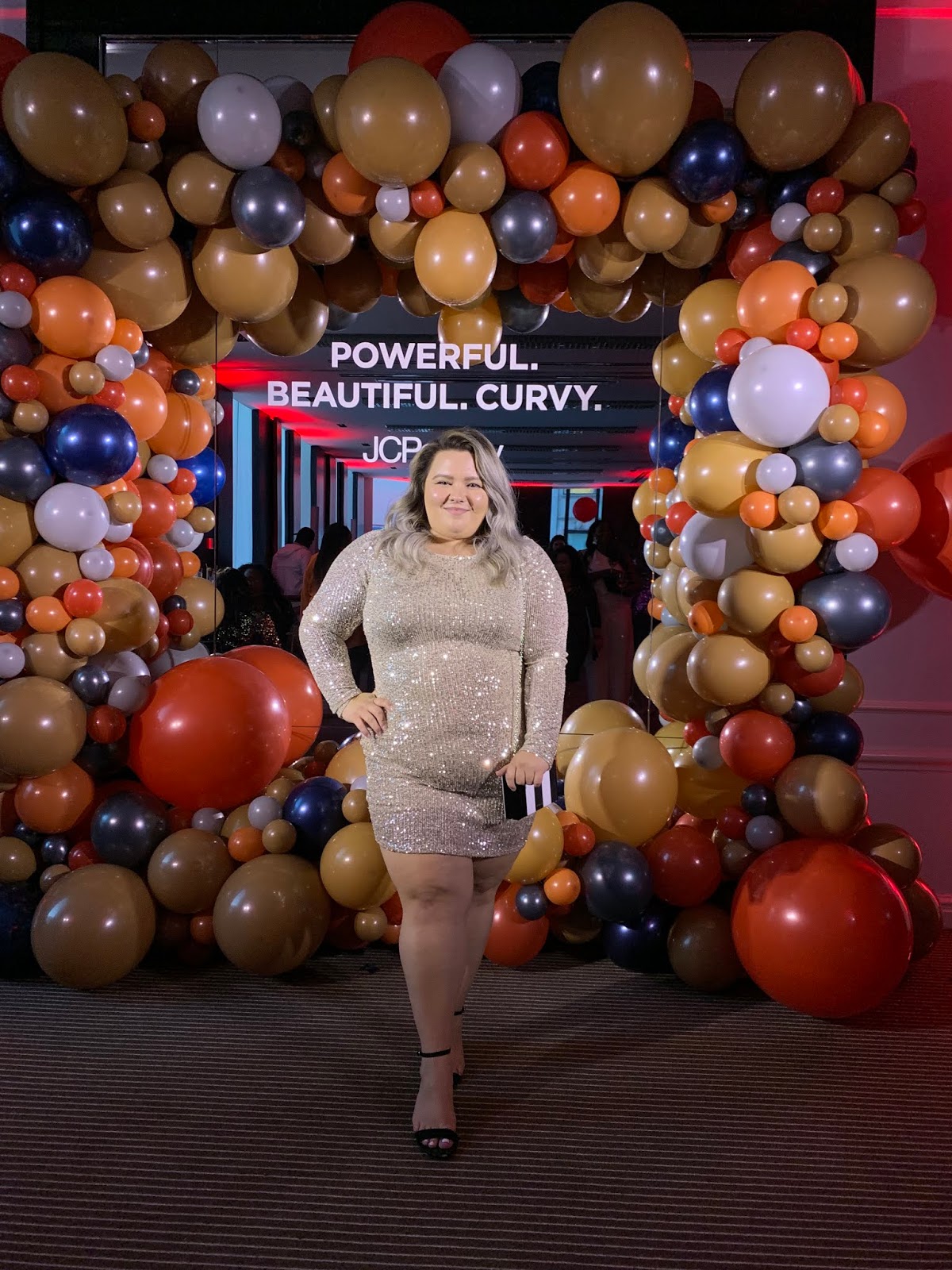 When I first saw this romper on my friend Britney, I knew I needed to…
Read The Post
Shop
Big Fig
Life

Your Best Night’s Sleep is Three Days Away

Plus Size Fall Skirts and Cardigans

Okay, I think it is officially time where everyone and their mother is going to…
Read The Post
You
belong